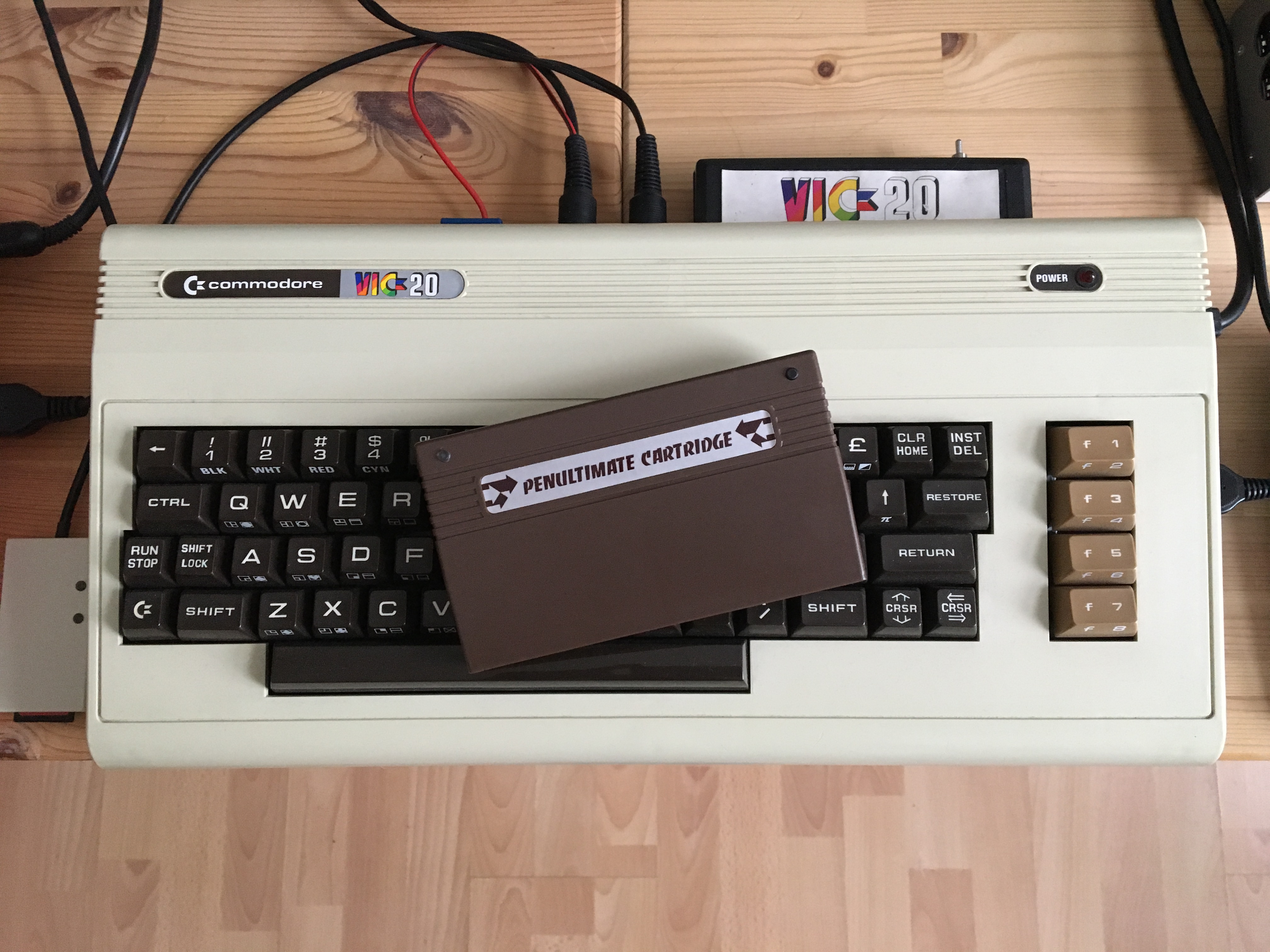 Once upon a time there was a thingy called the Mega-Cart. Some say it may be the best cartridge that was ever released for the VIC-20. Unfortunately, there currently is now way to buy one anymore as the product, as of today, is discontinued. It’s really a shame since it seems a wonderful product where lots passion and attention to detail come together.

Anyway, Dave from Tynemouth Software and Nic from The Future was 8-bit teamed up and come to the rescue. The VIC-20 is pretty close to the Commodore 64, and without the VIC, the C64 would have never happened. On the other hand, the VIC-20 is not just a predecessor. It’s an important chapter of our computer history, unique, nice, a must-have with so many great games to discover. Some people however flinch from getting into this wonderful machine and that is mostly because of VIC-20 memory map. With the growing popularity of the VIC-20 back then, memory expansions were released to extend its capabilities. In 1982, the VIC-20 was the best-selling computer of the year, with more than 800.000 units being sold. The ViC-20 is also the first computer that sold more than a million units in total. Different memory expansions were the reasons for more advanced games to see the light of day. A byeffect is that some games require a 8k expansion, some need 3k and so on. So if you want to come a little nearer to the VIC, you either need a bunch of different memory cartridges, or at least a switchable memory cartridge, which is available as legit kit back from the days. Nevertheless there were many masterpieces written for the unexpanded VIC. If you’re a programmer like me, you will know the unbelievable craftsmanship that led to these titles. I don’t want to go too much into detail at this point, trust me when I say you’re missing a lot if you don’t have a VIC yourself.

The Penultimate Cartridge is an all-in-one solution for the VIC-20. It aims to be your perfect companion for this machine. But what does that mean in detail? First of all, the Penultimate Cartridge is an advanced memory expansion that supports all necessary modes (3k, 8k, up to 35k of RAM), comes bundled with many ROM images of popular VIC cartridge games, is highly configurable via a great interface, has an integrated reset switch, is designed to seamlessly work with the SD2IEC, includes famous utility ROMs like VICKIT 4, VICKIT 5, Basic 4, Super Expander. Wow, that’s a lot of features, isn’t it?

I really should mention that the Penultimate Cartridge fits perfectly in your VIC’s cartridge slot and that’s no exaggeration. You will know what I mean as soon as you put it in your own VIC-20. I read about some concerns regarding the buttons being on top of the cartridge rather than being on the side. I can’t agree with that. The Penultimate Cartridge is so tightly fitted in your cartridge slot, nothing can harm your beloved machine. It’s also hard to deny how brilliant this little fellow looks like, I really dig the illuminated button. It’s really the details that make up the difference with products from The Future was 8-bit.

The menu is intuitively operated by keyboard or joystick and everything is accessible immediately. I really love the way it has been designed. Somebody obviously did his homework in terms of user experience. Somebody might be Dave. Ok, I know it’s him as I helped him with a cross-compilation problem back when the menu was designed. Please also keep in mind that the screen of the VIC-20 is 176 X 184, with 22 characters per line and a total of 23 lines being displayed. Getting a menu like this in such a limited environment is unbelievable. There is even an advanced menu with further options, count me impressed. When it comes to expanding the VIC’s memory, the Penultimate Cartridge perfectly does its job. I’ve tried various RAM configurations and everything worked out of the box so there is not much to add here. What I really love is the reset function. Let’s assume you selected 8k RAM expansion, decided to exit to the VIC-20 Basic prompt and fired up a 8k game. Hitting the reset button will get you back to the Basic prompt with the 8k expansion being selected. That, Ladies and Gentlemen, is the way to do it.

This notably extends to the documentation, two easily understandable pages, not even small-printed and that’s all you need to know to handle every single aspect of this wonderful cart. It’s no wonder the Penultimate Cart is designed to seamlessly work with the SD2IEC, the one device that made Future was 8-bit famous. No, Nic is not the inventor of the SD2 but he provides the most polished variant. While there are quite some different storage solutions available for the Commodore 64, with the SD2IEC being probably the most popular, you don’t have many choices regarding the VIC. The SD2IEC you see on the picture is the limited edition from TFW8B, completely made from recycled VIC-20 plastic. I don’t think this review is the right place to cover the SD2IEC, just keep in mind that cooperatively with the Penultimate Cartridge, you have a complete solution, leaving nothing to be desired.

The bundled cartridge games all work out of the box, with many classics being included. I’m delighted to see how much value you get here for your money. It’s obvious both Dave and Nic love the VIC-20. A fine product like the Penultimate Cart wouldn’t be possible without said love. With the purpose of quickly doing a review, I caught myself playing hours with this cartridge, launching many of the bundled games and loading even more games from my SD2IEC. The Penultimate Cartidge didn’t let me down, not even once. You don’t need to be a genius to realize the hardware has been thoroughly tested to the bone.

I’d also like to focus on the included utility ROMs, as they seem to be wise selected. We have the VICKIT 4, which adds highspeed cassette operations capabilities as well as a machine language monitor, the VICKIT 5, which is a 6502 Assembler (ASM) and probably relevant to advanced users and programmers only. In addition there is Commodore Basic V4 for the VIC-20, which extends the VICs very own Basic with commands known from the Commodore PET range of microcomputers. The last in the bunch is the Super Expander ROM, also known as Commodore VIC-1211 Super Expander, which Commodore released to add simple graphics and sound commands to the included Basic V2. I’m not sure about your opinion, comments welcome, I can however sure you that I totally fell in love with the Penultimate Cartridge. I will give it the full score, which is notably the first time I did this here on 8-bit.info and I’m confident it won’t happen again anytime soon.

The Penultimate Cartridge is the all-in-one solution for the VIC-20. It is perfectly designed by people who know what they do and it is thoroughly tested. The user experience couldn’t be better and together with an SD2IEC it is a strong force that will instantly revive your long forgotten love for the VIC in every conceivable aspect.

Tapes from the Crypt