What is it like when you look at something from a different angle, under a different light? To rediscover something familiar, perhaps even to redefine a small part of the story? Subtle and inconspicuous as if it had always been so? We would like to try this today with the new Return C64C housings. The idea is no longer entirely new. In 2015, Dallas Moore had already produced new cases for the Commodore 64C via a Kickstarter campaign and made them available to a broad public. At that time the cases came in flashy colours, which had very little to do with the Commodore colour palettes. You could love that, but you didn’t have to. I for my part had purchased one of the red cases from Dallas. For a while I appreciated this design very much. More and more, however, it became a foreign body for me, which I wanted to remove. It is difficult for me to grasp and describe this feeling. I think the Kickstarter Cases drifted too far away from the actual Commodore legacy.

The real headline at the time, nevertheless, was that Dallas Moore had found original C64C moulds from Commodore, which miraculously survived all these years. The history of these moulds is also largely unclear. One thing is certain, it is the earliest variant that requires special brackets for mounting the keyboard. By comparing sprue points and other unique features on the Commodore housings, it is quite easy to associate a particular housing with a mould. If you take a look at the early Commodore C64C cases, you will soon realize that they usually have three sprue points. The moulds that Dallas found have two definite sprue points. It is therefore questionable whether these have ever been used in production. They could be prototypes or pieces that have been discarded for unknown reasons. It is also certain that they originated from the company Frye International in Longview, Texas, which was contractually commissioned by Commodore to produce the housings.

Fortunately, the story of these cases does not end with the Kickstarter campaign but is now being continued by a German interest group. Involved are renowned personalities from the environment of the popular Return magazine, as well as Jens Schönfeld from Individual Computers.

In fact, the second reincarnation does many things by far better, but unfortunately not everything. We will take a close look at the pros and cons, so that you can decide for yourselves whether this new temptation in plastic is suitable for you. For my review I had Thomas Koch at my disposal, one of the masterminds behind the new cases, also known for the great cover designs of the Return Magazine. Thomas was so nice and answered my questions, both by phone and email, thank you for that!

First of all, the outstanding packaging should catch the eye. Here, several things become clear. Commodore’s legacy is celebrated with great attention to detail. Such a measure of authenticity then easily elicits a tear of joy. In addition, we recognize the beloved Commodore logo, so that a license was obviously purchased from the copyright holder for the manufacture of these cases. All rights are currently owned by Cloanto. The inner packaging also looks very high-quality and is complemented by a user guide.

The Return C64C housings are available in four different versions. Classic Beige is one to one the C64C’s colour tone and is intended for all those who want to replace a yellowed or scratched case without going down a new path. Breadbin Gray adapts the colour tone of the first C64, affectionately called “bread bin” by fans, to the C64C. This is also the design that works best for me personally. If you place such a modified C64C in front of a 1702 monitor, it seems as if this variant had already existed in the 1980s. The SX-64 style is based on Commodore’s portable 64k workhorse, as the name suggests. This case is most expensive due to the different colours of the upper and lower shell. Retro Black is the look of the Commodore 264 series (C16, C116, Plus/4). All four designs are inspired by Commodore colour palettes that can be found in existing products. The whole concept seems extremely well thought-out, more like an expression of love for what was once. This should be honoured here urgently.

The supplied screw set makes life much easier. With the Kickstarter housings such a luxury was renounced, which annoyed incredibly. Speaking of screwing, I was very relieved to find that the Return cases come with pre-drilled screw holes. It can’t be denied that the creators observed very closely what the backers of the Kickstarter campaign found disturbing. By the way, the type plates are ace. While the Moore cases had to get by without a Commodore label for licensing reasons, the task was to find alternatives. When it comes to the Return housings, there is no question of alternatives. Each of the four designs does not only come with a type plate, it comes with the perfect type plate.

The grip test is also convincing. Compared to Dallas’, the Return version feels thicker, more valuable and more stable. As beautiful as these cases are, I cannot ignore some negative aspects. The screw channels, for example, can be seen on the outside of the plastic. With Commodore housings you don’t see this at all and with the Kickstarter versions also not, provided you have screwed properly. In addition, you can see two bright dots in the area above the keyboard. These are sprue points. According to Thomas Koch, these are inevitable and more obvious the darker the color of the case. The choice of the plastic seems to play a role here, because with my red Kickstarter housing I can’t recognize this conspicuousness.

When looking at the underside, we also come across some striking anomalies. In order to make this clear, I had moved my location outside, because in the dim light of the man-cave the following characteristics were not immediately recognizable. First of all, starting from the ventilation slots, I can detect smudge or flow traces. According to Thomas Koch, these are located on each of the cases, but only on the underside. As I said, you have to look very carefully to recognize them. Once sighted, however, they can be very annoying. In the opinion of the makers it doesn’t matter, because these traces are out of sight. I was unable to agree with this statement, and I told Thomas so. Personally, I see this blemish as the greatest shortcoming of the present product. No deal breaker, but not what I expected. There was no such thing with the Kickstarter housings.

Let’s stick to the ventilation slots. In the sunlight I discovered a small scratch on every single slot. These are the so-called weld lines. On the Kickstarter housings they have already been perceived as shadows. The choice of plastic has now made them appear more obvious. However, such artifacts should be tolerated. It’s all about getting housings from real Commodore moulds and the quirks are just part of the story. On this point, I am not as strict as on the smear or flow marks, which I believe could be prevented. Of course, new tools and moulds could be used to create flawless housings. However, one would lose any reference to Commodore here. That can’t be the goal. In my opinion, the acquisition of the existing moulds from Dallas Moore was the right step.

Apart from that, there are only a few things that should be mentioned here. The Commodore mainboards, whether large or small, fit perfectly into the case, which is not really surprising. On the upper right side (inside the housing) there was a plastic residue, which I removed with the pliers because otherwise it would have pressed against my PCB and might have damaged it.

After the successful assembling, I marvelled at my work and immediately knew that I had made the right decision. I deliberately chose the color scheme “Breadbin Gray” because it would fit perfectly to my 1702 monitor. I also added a white keyboard to imitate the look of the rare Aldi C64. That’s how I like my beloved C64 and it will stay that way, my feeling tells me for a long time. The motherboard is a refurbished version, which my good friend Nic from The Future was 8-bit had made available to me. Critical chips have been equipped with heat sinks, and beyond that everything is equipped with new capacitors, something you should also think about. In order for you to enjoy the good old Commodore 64 for a long time to come, some additional precautions have to be taken. A new look alone is not enough. I recommend at least an alternative power supply like the one my mate Thilo made for me. It provides enormous stability and is also equipped with bwack77’s small chipset that protects the 64 from overvoltage.

The housings can be ordered directly from the online shop. There you will also find many detailed photos of the other designs.

I would like to recommend purchasing the Return C64C housing. They are not perfect, but they should not be. Please keep in mind that the reference to Commodore is invaluable. The cult should be in focus, not perfection. Certainly there are a few things that can be optimized in the production process to get on eye level with the Kickstarter housings or the originals from Commodore. On the other hand, many things have been done here in an exemplary and better way. Ultimately, you have to decide for yourself whether you like the designs and can live with the flaws. For my part, I can do very well. 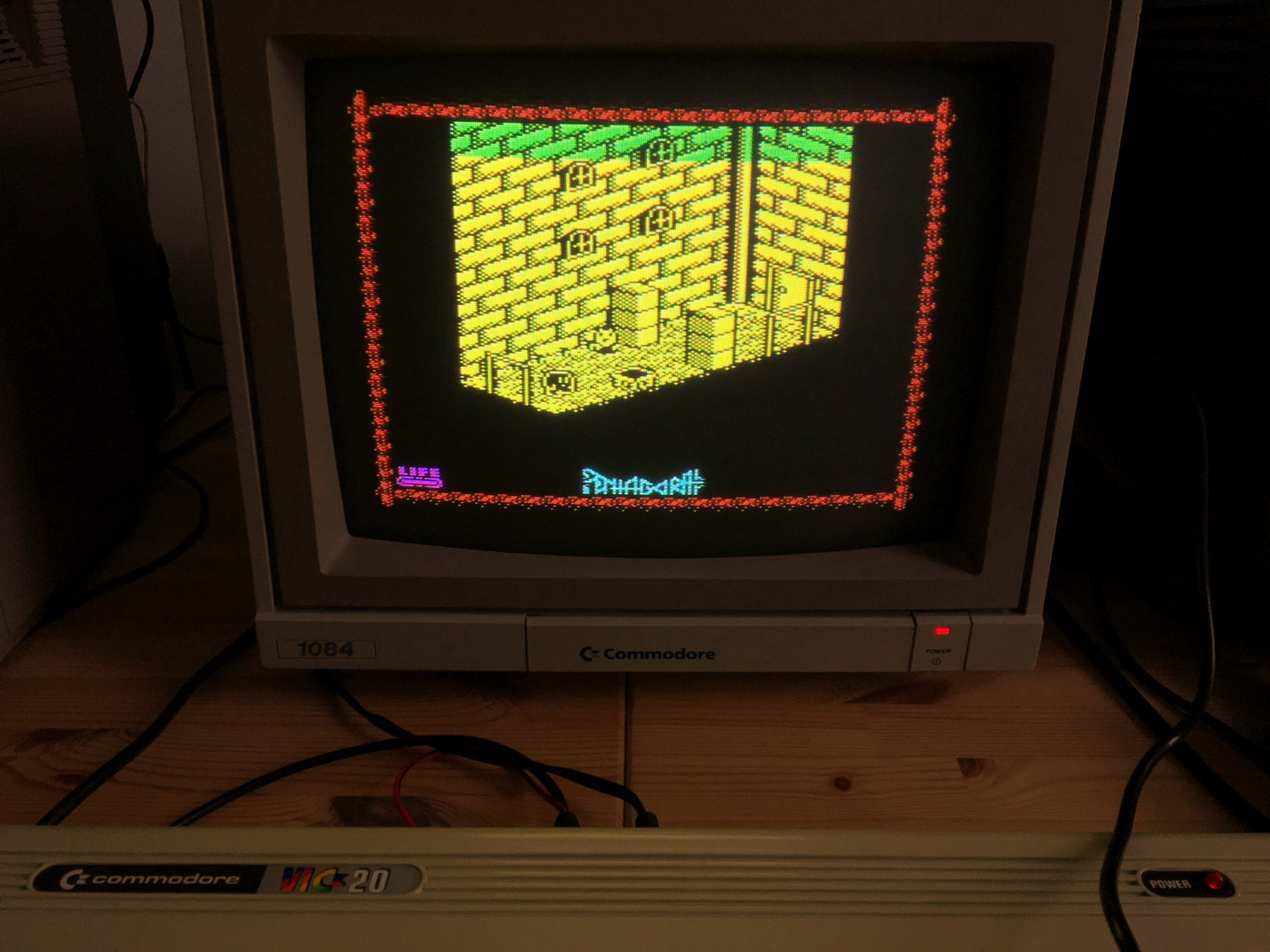 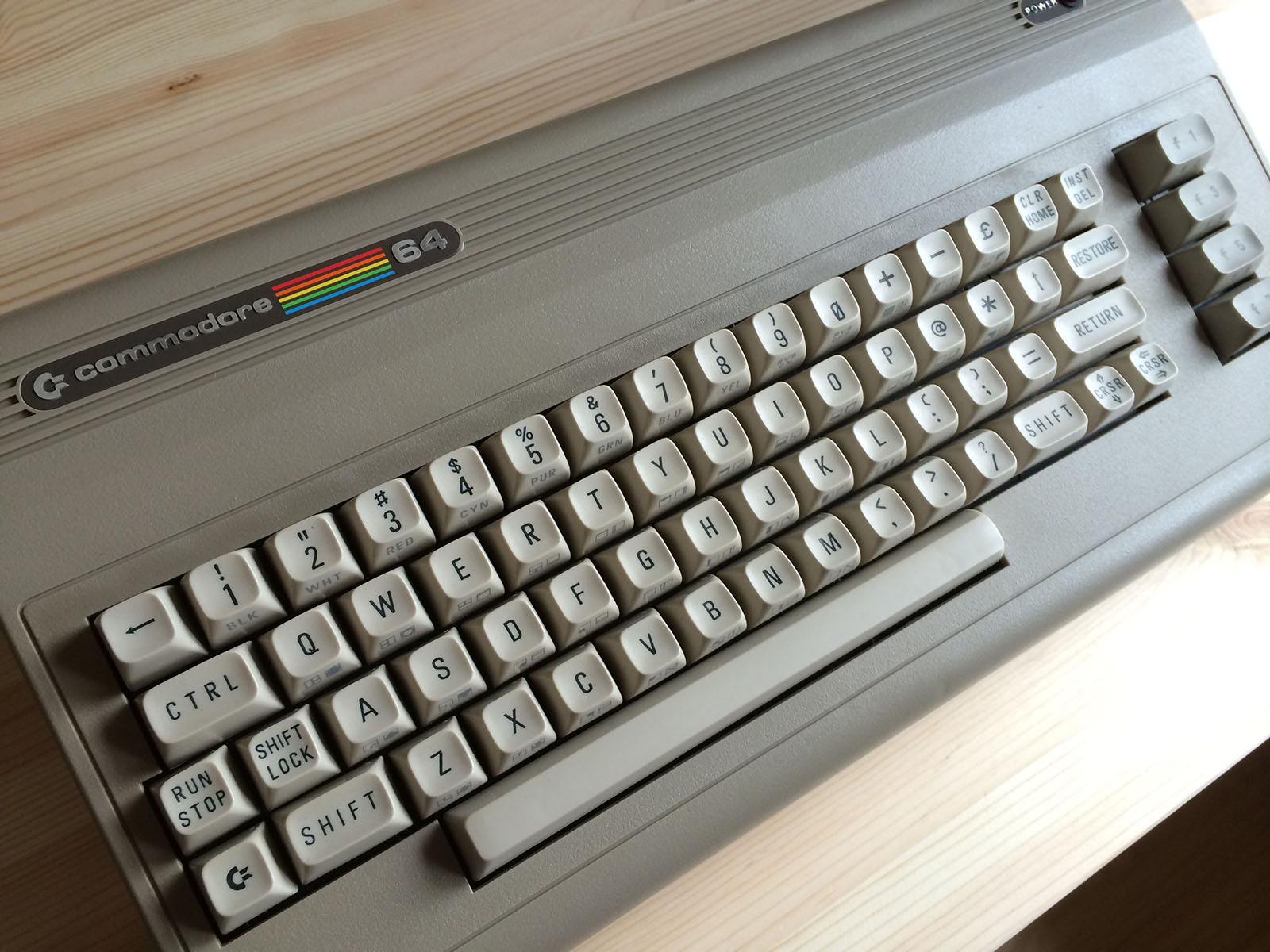